Epic Songs From The ‘70s For Your Wedding Dance 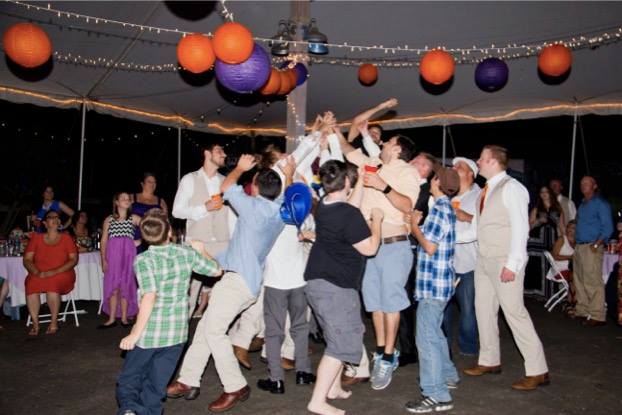 A mention of the 1970s is bound to bring to mind visions of John Travolta in a white suit with bell-bottom pants, and way too much chest hair exposed. With that image in mind, we can hardly blame you for thinking that maybe the best thing for your wedding is that you avoid seventies music altogether. But before you put on that ‘Death Before Disco’ T-shirt, remember that the seventies was also the era of Soul Train’s fabulous TV dance party, so maybe there’s hope for 70s music on your wedding reception dance floor after all. If that doesn’t sway you, keep in mind that there was a lot more to the seventies than disco: folk rockers like Fleetwood Mac, and plenty of anti-war anthems filled the charts too. In that decade, the amazing Stevie Wonder had nine number one hits, and the movie Grease came out, which means that its perfectly dance-able soundtrack classifies as 70s music as well. If you still need convincing, here are thirty fun songs from the 1970s that will keep your wedding dance floor stayin’ alive.

I Want You Back – The Jackson 5

Lean On Me – Bill Withers

Hooked On A Feeling – Blue Swede

Bachman-Turner Overdrive – You Ain’t Seen Nothing Yet

Get Down Tonight – KC And The Sunshine Band

Go Your Own Way – Fleetwood Mac

Don’t Stop ’til You Get Enough – Michael Jackson

The Boys Are Back In Town – Thin Lizzy

I Will Survive – Gloria Gaynor